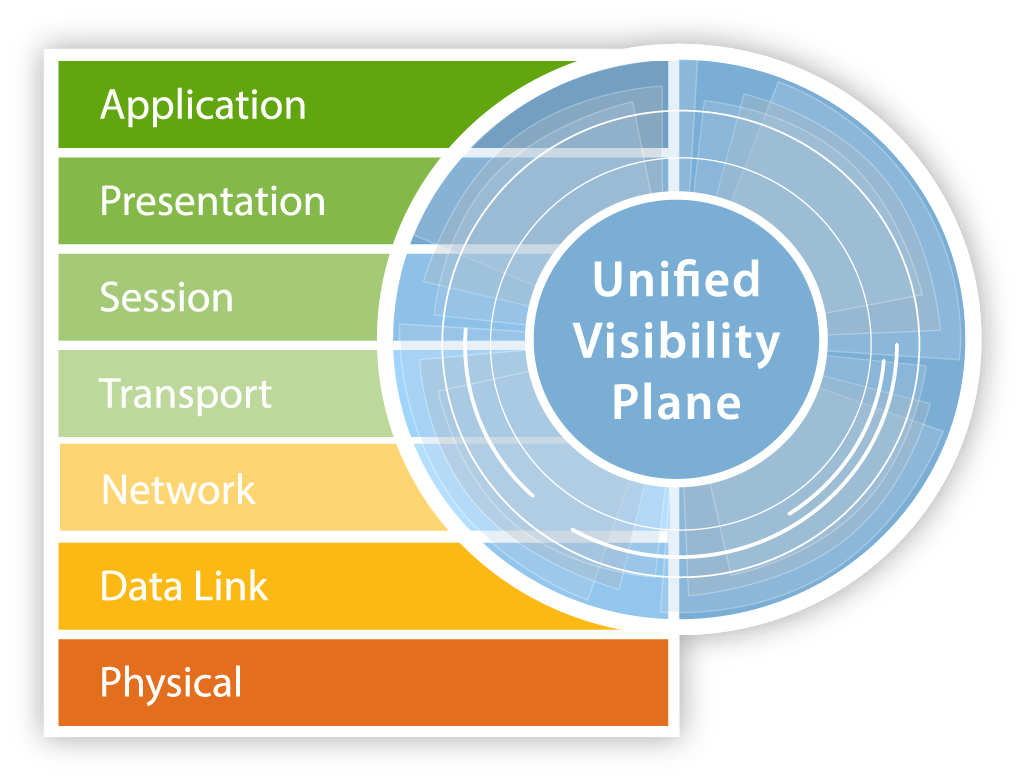 Unified Visibility Plane™
When you can see your whole network, the picture changes
Most organizations with networks like yours understand the need for network packet brokers (NPBs). NPBs allow you to make the most of your monitoring and security tools by solving port contention issues, grooming traffic for specific tools, and changing speeds without dropping a single packet. But NPBs from VSS Monitoring give you more — the ability to literally decouple your network traffic from physical ports, server location, tool location, and even time.

Monitor, analyze and defend the dynamic network
As the network becomes increasingly agile, you need a software-defined system that enables the monitoring and security infrastructure to have access to traffic from across the network, globally, without physical reconfiguration.
The VSS Monitoring Unified Visibility Plane™ is a global network view more advanced than device-focused packet brokering. It offers a visibility architecture that enables tools to be physically anywhere, but logically everywhere, so the network and security tools can monitor, analyze, and defend the network in real time.

With VSS, you can get it right
The right decisions are the product of the right people getting the right data at the right time. Because the VSS Unified Visibility Plane™ brings order to the continuous stream of information flowing across your network, decision-makers from the operations center to the boardroom are equipped to manage and leverage that information to maximize ROI, reduce response time and risk, and increase their competitive advantage.
The Unified Visibility Plane™ can deliver real benefits at all levels of the organization, allowing you to:
Deliver real Layered Security that fortifies defenses without impacting performance
Build in global network agility with Fast IT
Make the most of Borderless Data with on-demand network intelligence
With increasing threats and demands, and an increasing reliance on network data for corporate decision-making, VSS delivers heightened visibility across your global network. So you can increase the effectiveness of one of your company’s most valuable assets.