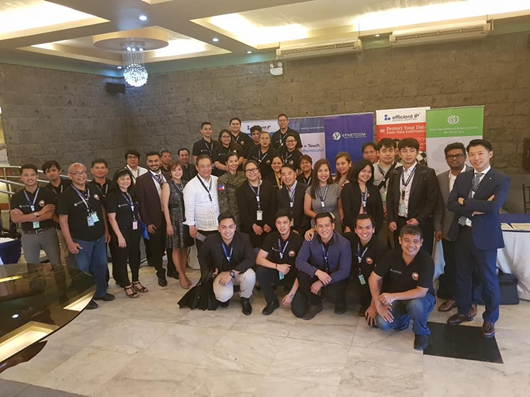 In line with ongoing efforts to secure the country’s cyber infrastructure, the Department of National Defense (DND) conducted its Cyber Bayanihan 2.0 with private and public stakeholders last November 7.

The event is in partnership with the Cyber Group of the Armed Forces of the Philippines and private company Synetcom Philippines, Inc., and held at the AFP Commissioned Officers Club in Camp Aguinaldo, Quezon City.

“I would like to express my gratitude to everyone here who continues to support one of the most important, albeit new aspect of the defense mission – cyber security,” DND Undersecretary Cardozo M. Luna said in a statement over the weekend.

“This conference, which followed through from the Cyber Bayanihan 1.0 in 2014, now aims to bridge the gap between stakeholders’ cyber awareness and the implementation stage of a viable and strengthened government Security Operations Center (SOC).

This likewise complements the Public-Private Partnership (PPP) programs of the government to boost the country’s cyber defense capabilities,” he explained.

During the whole-day event, Director Nebuchadnezzar S. Alejandrino, Chief of the Defense Situation Monitoring Center, tackled “Threats to Philippines Cybersecurity: A Defense Perspective” in his presentation. While other guest speakers from reputable IT companies such as Microsoft, Synetcom, Nexus, SES Networks, Nexus, AhnLab, ePLDT, Genians and Efficient IP shared their security solutions to help address the current cybersecurity threats and attacks on Cyber Space.